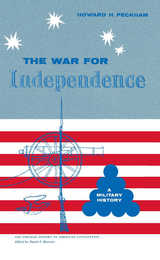 The American victory in the Revolutionary War came as a surprise to people all over the world. Believing that successful wars were fought by professionals and aristocrats, they could not understand how ragged and hungry troops of ill-assorted civilians were able to defeat one of the world's strongest professional armies.

This book is an effort to explain how and why that upset was accomplished. Alternating with scene and summary, the narrative has pace and proportion. Battles fall into campaigns, and campaigns interpret strategy. Commanders are deftly characterized, and flashes of insight illuminate victories and defeats. There emerges a picture of American soldiers as tougher and more deeply motivated fighters than the uncommitted British and German professionals. The book also demonstrates how highly prized were the rights that the revolutionists sought to confirm or establish, and serves as a reminder today that some ideas are worth risking life for.

"What is most amazing about this excellent history is Prof. Peckham's ability to retell these . . . legendary events . . . in a way which enriches and absorbs the reader."—Robert Kirsch, Los Angeles Times
TABLE OF CONTENTS


Prelude to Battle
I. "A Middling Force"
II. Canada Lost, Carolina Held
III. To the Delaware—and Back
IV. "A Thousand Untoward Circumstances"
V. Disappointments in Battle and Alliance
VI. Frontiers in Flames
VII. The War on the Sea
VIII. Into the Slough of Despond
IX. Recovery of the South
X. Rendezvous at Yorktown
XI. Flames and Embers Extinguished
XII. The Summing Up
Bibliographical Notes
Important Dates
Index