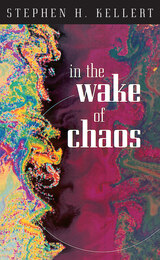 Chaos theory has captured scientific and popular attention. What began as the discovery of randomness in simple physical systems has become a widespread fascination with "chaotic" models of everything from business cycles to brainwaves to heart attacks. But what exactly does this explosion of new research into chaotic phenomena mean for our understanding of the world? In this timely book, Stephen Kellert takes the first sustained look at the broad intellectual and philosophical questions raised by recent advances in chaos theory—its implications for science as a source of knowledge and for the very meaning of that knowledge itself.
TABLE OF CONTENTS


Acknowledgments
Prologue
1: What Is Chaos Theory?
2: Varieties of the Impossible
3: Unpeeling the Layers of Determinism
4: On the Way to Dynamic Understanding
5: Beyond the Clockwork Hegemony
References
Index