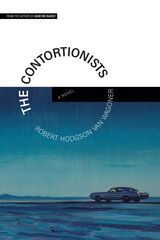 The Contortionists
Robert Hodgson Van Wagoner
Signature Books, 2020
When five-year-old Joshua Christopher disappears off the street as he walks to a friend’s birthday party, his family is forced to confront the unimaginable. What happened? Why? Who took him? The convicted sex offender caught lurking near the search? Why won’t police leave his family, his parents, alone?

In his second novel, his first in twenty years, Robert H. Van Wagoner explores a family in extremis tottering at the edge of faith: in God and church, in family, and in marriage, in the institutions that promise safety and meaning. Both lyrical and explosive, The Contortionists unfolds as a page-turning mystery. Van Wagoner’s wrenching narrative propels the reader forward, toward the novel’s harrowing climax, while deftly unpacking its major themes—mental illness, sexuality, and substance abuse in a culture that would rather not confront them. Does the truth ever set anyone ultimately free? The stakes for Joshua and his family could not be greater.
[more] 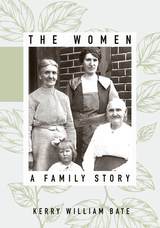 The Women
A Family Story
Kerry William Bate
University of Utah Press, 2016
Family history, usually destined or even designed for limited consumption, is a familiar genre within Mormon culture. Mostly written with little attention to standards of historical scholarship, such works are a distinctly hagiographic form of family memorabilia. But many family sagas in the right hands can prove widely engaging, owing to inherent drama and historical relevance. They can truthfully illuminate larger matters of history, humanity, and culture.

Kerry Bate proceeds on the premise that a story centering on the women of the clan could provide fresh perspective and insight. He portrays real people with well-rounded, flawed characters; builds from deep research; writes with a bit of style; and includes the rich context and detail of these lives. His main subjects are four generations of impressive women: the pioneer Catherine Campbell Steele; her daughter Young Elizabeth, the first Mormon child born in Utah; Kate, an accomplished community leader; and Sarah, a gifted seamstress trapped in an unhappy marriage. To enter their hardscrabble lives in small southern Utah communities is to meet women who pioneered in their own modest but determined ways.