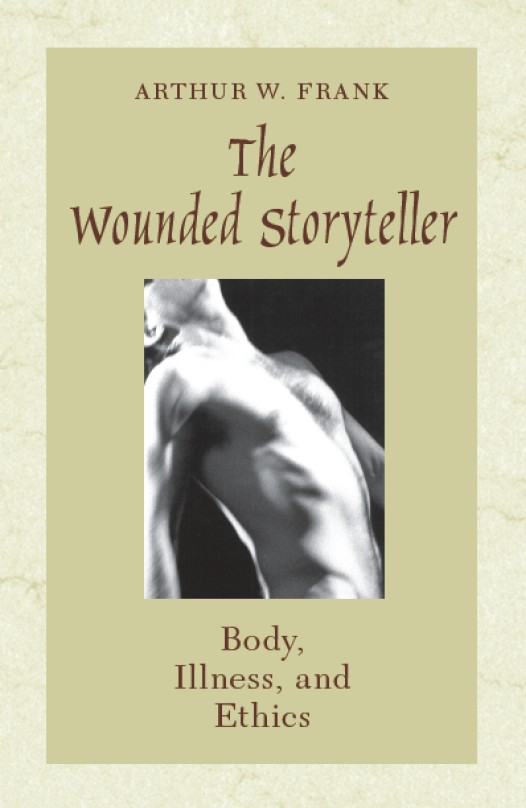 ABOUT THIS BOOKTABLE OF CONTENTS

In At the Will of the Body, Arthur Frank told the story of his own illnesses, heart attack and cancer. That book ended by describing the existence of a "remission society," whose members all live with some form of illness or disability. The Wounded Storyteller is their collective portrait.

Ill people are more than victims of disease or patients of medicine; they are wounded storytellers. People tell stories to make sense of their suffering; when they turn their diseases into stories, they find healing.

Drawing on the work of authors such as Oliver Sacks, Anatole Broyard, Norman Cousins, and Audre Lorde, as well as from people he met during the years he spent among different illness groups, Frank recounts a stirring collection of illness stories, ranging from the well-known—Gilda Radner's battle with ovarian cancer—to the private testimonials of people with cancer, chronic fatigue syndrome, and disabilties. Their stories are more than accounts of personal suffering: they abound with moral choices and point to a social ethic.

Frank identifies three basic narratives of illness in restitution, chaos, and quest. Restitution narratives anticipate getting well again and give prominence to the technology of cure. In chaos narratives, illness seems to stretch on forever, with no respite or redeeming insights. Quest narratives are about finding that insight as illness is transformed into a means for the ill person to become someone new.

One. When Bodies Need Voices

Two. The Body's Problem with Illness

Three. Illness as a Call for Stories

Four. The Restitution Narrative: Illness in the Imaginary

Six. The Quest Narrative: Illness and the Communicative Body

Eight. The Wound as Half Opening