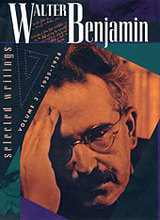 Radical critic of a European civilization plunging into darkness, yet commemorator of the humane traditions of the old bourgeoisie--such was Walter Benjamin in the later 1930s. This volume, the third in a four-volume set, offers twenty-seven brilliant pieces, nineteen of which have never before been translated.

The centerpiece, A Berlin Childhood around 1900, marks the first appearance in English of one of the greatest German works of the twentieth century: a profound and beautiful account of the vanished world of Benjamin's privileged boyhood, recollected in exile. No less remarkable are the previously untranslated second version of Benjamin's most famous essay, "The Work of Art in the Age of Its Technological Reproducibility," with its striking insights into the relations between technology and aesthetics, and German Men and Women, a book in which Benjamin collects twenty-six letters by distinguished Germans from 1783 to 1883 in an effort to preserve what he called the true humanity of German tradition from the debasement of fascism.

Volume 3 also offers extensively annotated translations of essays that are key to Benjamin's rewriting of the story of modernism and modernity--such as "The Storyteller" and "Paris, the Capital of the Nineteenth Century"--as well as a fascinating diary from 1938 and penetrating studies of Bertolt Brecht, Franz Kafka, and Eduard Fuchs. A narrative chronology details Benjamin's life during these four harrowing years of his exile in France and Denmark. This is an essential collection for anyone interested in his work.

REVIEWS
This latest volume of Harvard's majestic annotated edition of the essays and fragments includes reflections on Brecht, Kafka and the collector Eduard Fuchs, an early version of the famous analysis of art in the age of mechanical reproduction (here more accurately translated as "technological reproducibility") and the equally exhilarating inquiry into the nature of narrative, "The Storyteller." You feel smarter just holding this book in your hand.
-- Michael Dirda Washington Post


Over the past few years, Harvard's systematic presentation of the work of German cultural critic Benjamin has proved a revelation...This third of four planned volumes...offers two major texts that are new to English...as well as a fascinating re-translation of one of the cornerstones of Benjamin's reputation, here rendered as the essay "The Work of Art in the Age of Its Technological Reproducibility"...This is another splendid volume that will leave aficionados on campus and off awaiting the final installment.
-- Publishers Weekly


While the Harvard Series does include Benjamin's epochal contributions to Marxist theory and literary criticism, it also does English-language readers a great service by emphasizing his more accessible writings: fanciful personal essays, journalistic articles, and book reviews. These pieces are, at times, giddily delightful; at other moments, they offer lightning-quick, piercing insights.
-- Publishers Weekly


Benjamin attracts such metaphorical fancies, symbols of a life's work at once supernaturally precise and rigorously mysterious. His own favoured symbol for the scattered unity of his writing was that of the constellation: a stellar array of apparently unrelated points rendered into magical coherence by the powers of thought and intuition. This third volume in Harvard's essential selection from his huge corpus offers something like a deep-space photograph of Benjamin's enigmatic universe: a book as fascinating for scholars as it is enrapturing for any reader as yet unseduced by this most sensitive and audacious of writers...Benjamin's autobiographical masterpiece ['A Berlin Childhood Around 1900'] might alone justify this sedulously edited and beautifully translated volume. But here, too, alongside an outline of The Arcades Project and an early version of the 'Work of Art [in the Age of Mechanical Reproduction]' essay, are his thoughts on a wondrous variety of subjects--Kafka, Brecht, painting and photography, carnivals, the problem of translation--as well as a host of supposedly 'minor' writings (fragments, letters, diary entries) which often turn out to be among his most beautiful or thought-provoking...It is no exaggeration to say that Benjamin's writing changes lives, lights up unknown landscapes of art and politics, even at this historical remove. If his thought lives on...it does so in the sense that Baudelaire's 19th century survived for Benjamin in the 20th: less a reminder of the past than a signpost to the future. There is no more incisive or elegant guide to that territory.
-- Brian Dillon Irish Times


The quintessential Benjamin gesture of Volume 3 is the 1936 selection of letters by a wide assortment of figures from the German Romantic era, together with his brief, meticulously sympathetic commentaries, contained in German Men and Women...It is the story primarily of friendships amidst the passages and misfortunes of time, and of ideas as the substance of friendship: Their exchange becomes the fabric that connects one individual to another, and binds each to their precarious, uncertain lives.
-- Howard Hampton Village Voice


ABOUT THIS BOOK | REVIEWS