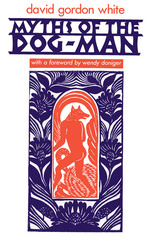 "An impressive and important cross-cultural study that has vast implications for history, religion, anthropology, folklore, and other fields. . . . Remarkably wide-ranging and extremely well-documented, it covers (among much else) the following: medieval Christian legends such as the 14th-century Ethiopian Gadla Hawaryat (Contendings of the Apostles) that had their roots in Parthian Gnosticism and Manichaeism; dog-stars (especially Sirius), dog-days, and canine psychopomps in the ancient and Hellenistic world; the cynocephalic hordes of the ancient geographers; the legend of Prester John; Visvamitra and the Svapacas ("Dog-Cookers"); the Dog Rong ("warlike barbarians") during the Xia, Shang, and Zhou periods; the nochoy ghajar (Mongolian for "Dog Country") of the Khitans; the Panju myth of the Southern Man and Yao "barbarians" from chapter 116 of the History of the Latter Han and variants in a series of later texts; and the importance of dogs in ancient Chinese burial rites. . . . Extremely well-researched and highly significant."—Victor H. Mair, Asian Folklore Studies
AUTHOR BIOGRAPHY
David Gordon White is a visiting assistant professor in the Department of Religious Studies at the University of Virginia. He divides his time among the United States, Europe, and India.
TABLE OF CONTENTS


List of Illustrations
Foreword by Wendy Doniger
Preface
1. Hell Is Other People
2. The Cynocephalic Saint
3. The Cynocephalic Hordes
4. Visvamitra and the Dog-Cookers
5. Dog-Cookers and Other Borderline Cases in Ancient and Medieval India
6. Central Asia: The Vortex of Cynanthropy
7. Chinese Dog-Man Traditions: P'an Hu and the Ch'uan Jung
8. Barbarians in Ancient China
9. Facing Up to Other People
Notes
Selected Bibliography
Index